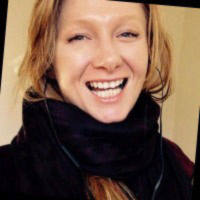 Dr. Jessica Snyder uses biology to grow, as much as build, the resources that are the most scarce and valuable, including reverse engineering human anatomy for organ manufacturing. She received her PhD from Drexel University’s Mechanical Engineering Department on the topic of Computer Aided Tissue Engineering. In collaboration with NASA Johnson Space Center and under the supervision of Dr. Wei Sun, she invented a now patented bioprinting process to prototype models of human liver. After graduation, Dr. Snyder joined MIT’s Senseable City Lab. As part of the Underworlds Project, she helped measure the virus, bacteria, and chemicals neighborhood by neighborhood to determine human health across a city. The project has become the pioneering company Biobots Analytics. Dr. Snyder then moved to Silicon Valley and joined NASA Ames Research Center. She worked alongside evolutionary biologist to use biology as technology for long term human missions to space. The work included a field research in Antarctica and the Hawaii Space Exploration Analog and Simulation (HI-SEAS).  All of her work has been enriched by collaborating across disciplines, which demands ambition, humility, and effective communication from all participants.