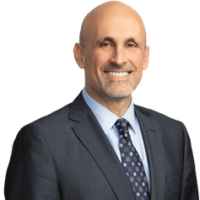 Gil M. Soffer is managing partner of Katten’s Chicago office, national co-chair of the firm’s Litigation practice and a member of the Board of Directors. A former federal prosecutor, Gil provides experienced counsel to individuals and companies under investigation by the Department of Justice (DOJ), Securities and Exchange Commission (SEC), Federal Trade Commission (FTC) and other government regulators. Before joining Katten, Gil was an Assistant US Attorney (AUSA) in Chicago. As an AUSA, he prosecuted cases ranging from corruption to health care fraud, earning the Director’s Award for Superior Performance as an AUSA from thenAttorney General Janet Reno. Later, while at Katten, Gil accepted a position as Counsel to the Deputy Attorney General and was soon thereafter appointed Associate Deputy Attorney General. In this position, he played an integral role in drafting the Department of Justice’s Corporate Charging Principles (the Filip Memo), and provided training on the policy to US Attorneys’ offices nationwide. He also managed the President’s Corporate Fraud Task Force and briefed members of Congress about criminal matters within the DOJ. After completing his service in 2009, Gil returned to the firm.