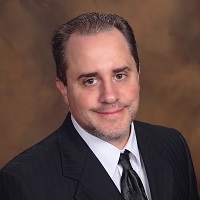 Rick Mineo has been working in the biotech, pharmaceutical and medical device industry or more than 27years.  He is a Licensed Professional Engineer with a Master of Science degree in mechanical engineering from Clemson University and holds patents in the United States, China, and Canada. He started a professional engineering company in 2001and successfully developed the company until its sale in 2017.During his career, Rick worked for many large multi-national companies as well as many small start-up companies in the United States and Europe. He has held leadership positions in nine large-scale biopharmaceutical facility start-ups.  He has developed and managed teams of over 30 people as well as developed multiple commissioning and validation programs and work processes. Rick Mineo is currently the Director of Strategic Partnerships at Kneat and has been working with the Kneat Gx Application for over 8 years. He led the selection and implementation team that deployed and scaled the Kneat Gx Application globally. During his tenure at Kneat, Rick developed and launched Kneat Academy and the Kneat Partnership program.