You are here: Home1 / Parth Chanda 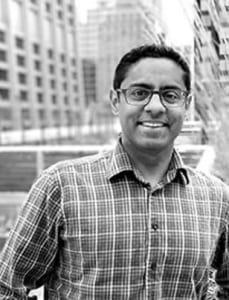 Parth Chanda is Founder and CEO of Lextegrity. Over the past 15 years, Parth has established himself as a leader in the field of anti-corruption and financial crimes compliance. Beginning his career with a fellowship in 2002 in the World Bank’s internal investigations group, Parth has been at the vanguard of enterprise efforts to combat bribery and fraud.

Prior to Lextegrity, Parth served as the lead counsel for Pfizer’s global anti-corruption program office for five years. In that role, he navigated its FCPA deferred prosecution agreement while overseeing a multi-year transformation of its anti-corruption program, from redesign of procedures and third-party due diligence processes, to financial systems integration, risk assessment and fraud analytics.

Prior to Pfizer, Parth was hired to oversee the enhancement of Avon’s global anti-corruption compliance program after its voluntary disclosure of FCPA matters to U.S. authorities.
Parth began his career at the law firm of Shearman & Sterling, where he served on two FCPA monitorship teams, led multi-country FCPA investigations, and was Contributing Editor of its FCPA Digest.

Parth has a JD from Harvard Law School, an MPA from the Kennedy School of Government and a BA from Northwestern University