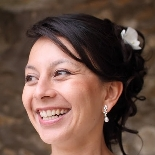 Isabelle’s mission is to deliver benefits to analytical scientists in the pharma industry. She joined Waters in 2009 as a Supercritical Fluid Technology Specialist before transitioning to a Business Development Manager role. Prior to Waters, she held positions at Thar Instruments, Mettler Toledo and Phenomenex. Originally from France, Isabelle obtained a MS in Chemical Engineering from the University of Lyon in France (1998), and then she moved to New York City and pursued graduate studies in Chemistry at Columbia University. She earned a MA in Chemistry and joined the teaching staff at Columbia University for one academic year.