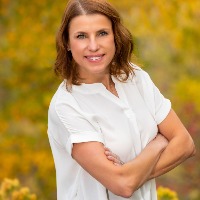 Dr. Kimberley Buytaert-Hoefen obtained a Bachelor’s degree in Psychology at the State University of New York at Binghamton and then went on to complete her Master’s and Doctorate degrees in Neuroscience at the University of Colorado at Boulder.  She completed two post-doctoral fellowships at the University of Colorado Health Sciences Center where she specialized in embryonic and adult stem cell research.  In 2005, she entered private industry with a position as a Lead Scientist at Navigant Biotechnologies.  In 2009, she accepted a position as a Consumer Safety Officer at the FDA, where she specialized in pharmaceutical inspections with an emphasis on biotechnology and sterile processing.

Since 2016, as a Consultant, Dr. Buytaert-Hoefen specializes in Biologics, Gene and Cellular therapies.  She assists companies with the authoring of regulatory documents, interactions with regulatory agencies, and GLP, GCP, and GMP regulatory compliance.